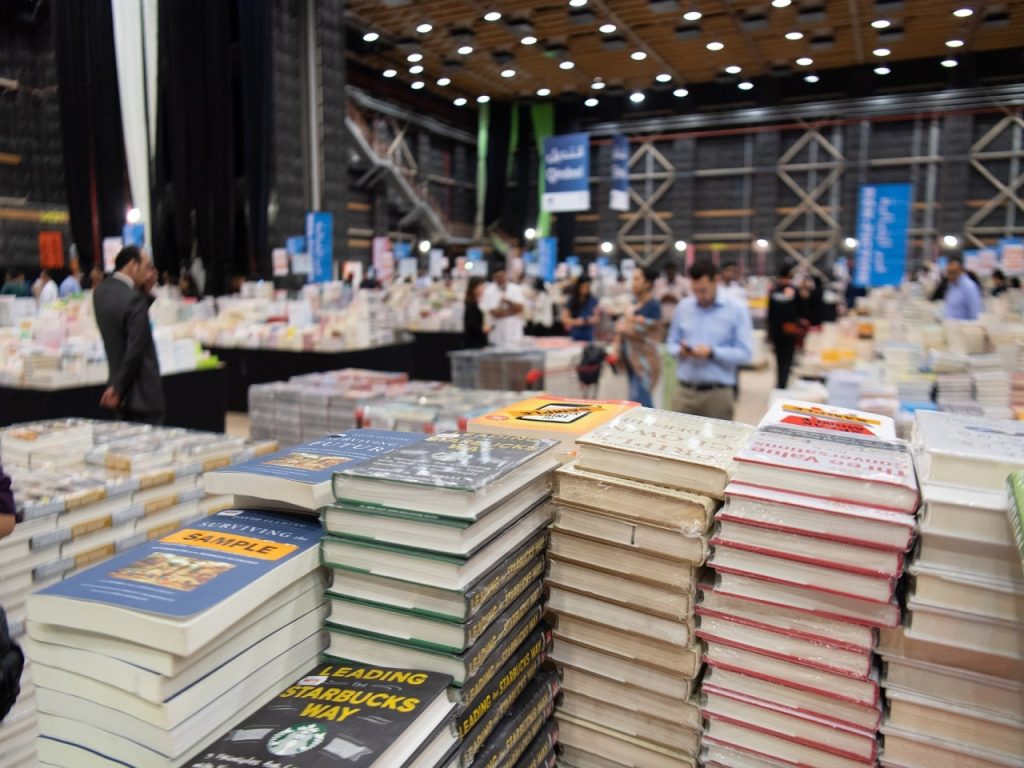 As international events and gatherings slowly begin to re-appear on the calendar, one that many German friends of Canada are looking forward to is the Frankfurt Book Fair, which takes place from October 20th to 24th this year and is open to the public the weekend of October 22nd to 24th. Canada will be the official Guest of Honor (GoH), exhibiting under the motto “Singular Plurality – Singulier Pluriel”. When I was asked to write this article, it brought back a lot of wonderful memories. I had the pleasure of visiting the Book Fair a number of times while I was at the Canadian Embassy in Berlin.

When I arrived at the Embassy in 2012, I started to wonder why Canada had never been the GoH. The Book Fair has been around since 1949 and its Guest of Honor program since 1976. Both large and small countries have sought this honor, and it was clear that the Book Fair wanted to see Canada as the GoH, and the sooner the better.

But those were difficult days for Canadian culture abroad. It is no secret that the Conservative government of Steven Harper had a very limited number of international priorities and the promotion of Canadian culture was not one of them. Being the GoH requires a significant financial investment. Millions. And while Canadian industry was prepared to support a bid, the engaged partnership of the Canadian government was a clear precondition for success. The situation dramatically changed with the Canadian election in 2015. Justin Trudeau’s Liberals had campaigned on reinvigorating the international promotion of Canada, including Canadian cultural industries. Suddenly, Ottawa was very interested in the Frankfurt fair. And there was unified support from the Canadian publishing community, both English and French, as well as the broader arts community.

In a normal year, there are three main components to the GoH program. First is the physical presence of the country through its pavilion in the “Forum” of the Frankfurter Messe. Second, the GoH is represented at the Fair by a delegation of its authors, whose public appearances allow visitors directly to experience the country’s literary community. But perhaps the most important and long-lasting investment is the undertaking by the GoH to ensure the translation of a substantial number of its books into German.

Canada started with the goal of ensuring the translation of 200 books. The government and the Canada Council provided significant financial assistance to make this possible. It now looks like there will be 300 new titles available by the end of this year. These will include translations of recent books by Canadian authors and also translations of classic works that have never been seen in German. Many of these are already available in bookstores, but you will also see them all together at the Fair.

Leafing through the catalogue of books that will be presented at the Book Fair is a magical journey through the length and depth of Canadian book culture. Innovative new and classic works, originally in English and French, of course, but also many works by Canadian Indigenous authors and by authors who found their literary voice when they came to Canada from other places. It’s not all “heavy” reading though. The catalogue includes, among many others, sections dedicated to children’s books, science fiction, fantasy, horror and the wonderful world of graphic novels and comics!

Being the GoH usually represents a year-long opportunity to promote the country’s cultural industries. Because of the global pandemic, however, Canada will be the first country ever to be GoH for two years in a row. As you can imagine, the spring of 2020 was a very tense time for the Book Fair and for Canada, as it became clear that the Book Fair in its usual form would be impossible. If it were to take place at all, it would have to be in a virtual format. Canada, of course, with its well-developed digital technology sector, would be up to this challenge, but the full GoH experience and benefits would be much reduced – and we’d waited so long for this opportunity!

Negotiations with the Book Fair and with the countries scheduled to follow Canada as GoH resulted in the best of all possible worlds: Canada would be front and center at the 2020 “virtual” Book Fair, but would also remain GoH in 2021, with a signature pavilion and visiting delegation. Spain, Slovenia and Italy all graciously agreed to delay their GoH turns by one year. The virtual program of 2020 was a great success. Its highlights included a 60-minute interview with Margaret Atwood, as well as three documentaries on Canada and its culture, all available throughout the world digitally.

If you have never been to the Frankfurt Book Fair, you need to know that it’s HUGE. It is the largest trade fair in the world dedicated to books, publishing and content. The roots of the fair stretch all the way back to when books were hand-written. And within two decades of the invention of the printing press in 1450, there was already a lively trade in printed books at the fairs of Frankfurt.

At first you are likely to be a bit overwhelmed by the vast offering. Virtually every book-publishing country in the world is represented. And it’s not just traditional books on paper. E-books and digital products have greatly expanded their footprint over the past decade.

Of course, if you go this year, your first stop should be the Canada Pavilion. This is the focal point for the celebration of Canada and Canadian books. Every country tries to do something different with this space. Of the years I attended the Fair, I still remember my first one in 2012, when New Zealand was GoH. They transformed a huge hall into a serene lake shimmering in semi-darkness, with exhibits and cultural performances on islands floating in the dark water – it was ravishing! You can expect to see the wonderful diversity that is Canada expressed in the Pavilion’s design and content. When you get there, find out when readings are taking place and definitely try to attend at least one of them.

The next thing you should do is visit the exhibition areas of the Canadian publishing world. In past years, this has required going to two different locations as the publishers of Canadian books in English have traditionally exhibited together in one place, while the French language publishers, for obvious business reasons, are in a group very close to the publishers from France.

Now to the good part – one of the benefits of being the Guest of Honor is that the Book Fair organizes a special exhibition where the featured works are not books FROM the guest country, but books ABOUT it. As we all know, Canada holds a fascination for many around the world and that will translate into a huge offering of books about Canada – its landscape, people, arts and industry. I know I will probably spend a good long time in that section of the Fair.

Other “must-sees”: Two of the most beautiful parts of the Book Fair are the exhibition relating to specialized paper and binding, and the “fair within a fair” of antiquarian books and fine art. You will see treasures that are as beautiful as anything you will find in a museum. After that, just wander! There is so much to see that you will end the day exhausted but happy. I am planning to be at the Book Fair on October 23rd and 24th. So, hopefully, see you there!