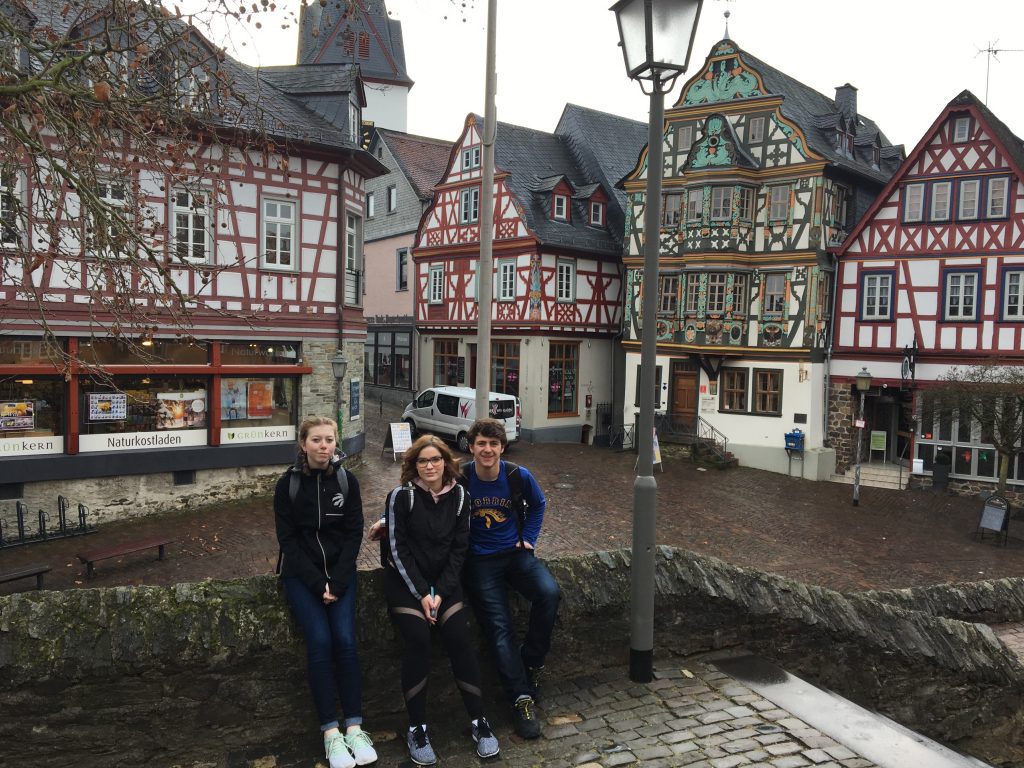 From February 16th to March 1st, the Pestalozzi School of Idstein welcomed 3 Canadian students from Drumheller, Alberta and their teacher.

Here is how it came about:

The three high school students, Madeline, Taylor and Thomas from Morrin School entered the inclusivity project, organised by the Prairie Land Regional Division #25.
The project consists in finding ways to include people who are often left appart.

So the trio created a social media post, focused on LGBTQ2S+ people in sports.
They were hoping to share their post as far as possible and they well overdid their expectations. Even Alberta’s Premier Rachel Notley participated in sharing their message. They went out of their way and reached out to ex-NFL player Esera Tuaolo, who was one of the first of this sport to make his coming out. He was invited to speak at their school.
Mr. Tuaolo accepted and it was a huge success.

Their project won first place and awarded them the trip to Germany.

The 3 Canadians were all matched with a German partner student from the Idstein school. They participated in their lessons and also presented Canada to students in English class.
They also visited many places in the area, like the „new“ old centre of Frankfurt as well as visiting Berlin and Munich. It has been a very enriching experience for all concerned and another celebration of the German-Canadian friendship.