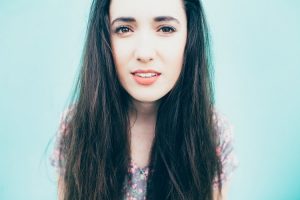 Rayannah is a singer, song-writer from Winnipeg, Manitoba who sings in both French and English.  Through the use of loop pedals, Rayannah’s sound is very unique and personal.  The young woman who played across Canada and France will be accompanying singer Matt Epp and bassist Joel Couture on their tour in Germany and Europe this January.

When did you start singing and at what time in your life did you know you wanted to become a singer?

Singing has been a part of my life since before I can remember, so I never made an active choice to pursue it. I sing all the time without taking note or thinking, like breathing (ask my roommates). While there are other fields I find interesting, I can’t imagine music not being an important part of my life.

How did you discover loop pedals and what is your favorite aspect with that technique?

Being a vocalist, my primary role had always been to deliver lyrics and melody. It’s a task I treasure, however a part of me had always wanted to contribute to the fabric of the music as well. I discovered looping vocals through a great video of jazz singer Cyrille Aimée performing a cover of Creedence Clearwater Revival’s „Fortunate Son“ online. The idea of using your voice to build chords and vamps, to be a part of the band, immediately appealed to me. I rented a loop pedal and started messing around with pop songs. Ideas started coming to me and I started writing my own music through looping. 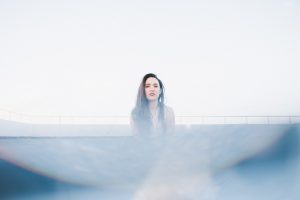 To me, loop pedals are like any other instrument. They take time to understand and master, and they can be used in all kinds of ways in any genre. Sometimes they are extremely integral to my songs, and sometimes I leave the loops aside and play something more linear at the piano. They’re an instrument I see myself continuing to use, so long as they fit with the music I want to make.

How did you meet Matt and Joel?

I’ve known Joel for a few years, being that the Franco-Manitoban community is very tight knit in Winnipeg. Joel introduced me to Matt. The three of us happened to be in Toronto at the same time for a night and spent it galavanting around the city. We’ve been close ever since.

Will this be your first visit to Germany.  What are your anticipations/expectations for that journey?

This will be my first time touring Germany, though I visited Berlin and Trier a few years ago when I was travelling in Europe for a few months. I’ve wanted to go back, and getting the chance to perform in so many cities in Germany is truly a dream. I can’t wait to get to know the music community across the country: its venues, its musicians, its audiences. The human encounters are always what make touring memorable for me.

You participated in different festivals. One of them being the “Festival International de la chanson de Granby”, the most important francophone singing competition in North America.  Tell us about your experience?

So far, my favourite festival has been the Festival en chanson de Petite-Vallée, which takes place in a tiny town on the very edge of the Gaspésie Peninsula in Québec, Canada. The main theatre sits on a rocky pier jetting out into the water where the Fleuve Saint-Laurent meets the ocean. Making music out there with artists from around the world was unlike any other thing I’ve experienced.

In the case of the Festival International de la chanson de Granby, the best part was the bond that developed between all the artists present. I believe one of the most magical things that festivals facilitate is the possibility of collaborating and exchanging with other artists. It’s special to live ephemeral moments like that.

Do you have a preference to sing in English or French?

While French is my first language, English has been an important part of my life. I have lived significant experiences in both languages, listen to music with French and English lyrics, and love performing in both. It’s possible to explore different parts of me as an artist through them.

Many people think French is spoken only in Québec and some places in New Brunswick.  Sometimes not even knowing that French is an official language in Canada.  But there seems to be a very lively French culture in the West of Canada as well.  Can you describe it to us?

The Franco-Manitoban community is a vibrant one. There are many artists who choose to work in French, there are bilingual shops and watering holes, and a few special events that bring the entire community together (like le Festival du Voyageur in the heart of the cold winter). In recent years, many francophones in Manitoba have opened up and made people feel welcome into the community. I’m proud of this mouvement to choose openness. I’m proud to share in our culture while also being receptive and curious towards others. 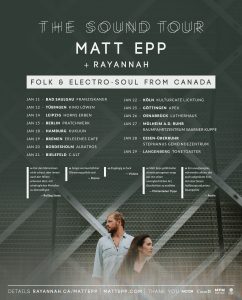