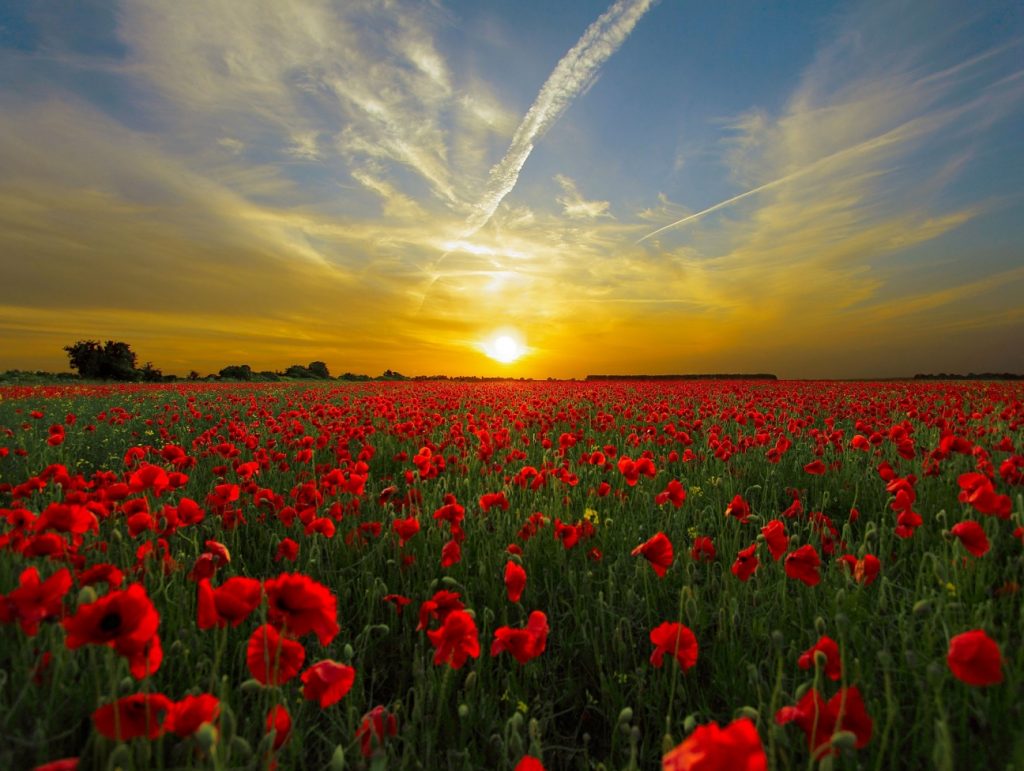 This November 11th will mark the 100th anniversary of the end of the First World War. To commemorate this event, the „Königsplatz“ in Munich has been transformed in a see of poppies. Silk poppies made by the Munich artist Walter Kuhn; a memorial for peace. The action is named „Never Again“.

It is said that the tradition of wearing a poppy at this time of the year to honour fallen soldiers, has been inspired by Canadian military doctor John McCrae’s poem „In Flanders Fields“. The poppy flower is not only a symbol of the blood that’s been shed but also a symbol of hope that life will go on.

In Flanders Fields
BY JOHN MCCRAE

In Flanders fields the poppies blow
Between the crosses, row on row,
That mark our place; and in the sky
The larks, still bravely singing, fly
Scarce heard amid the guns below.

We are the Dead. Short days ago
We lived, felt dawn, saw sunset glow,
Loved and were loved, and now we lie,
In Flanders fields.

Take up our quarrel with the foe:
To you from failing hands we throw
The torch; be yours to hold it high.
If ye break faith with us who die
We shall not sleep, though poppies grow
In Flanders fields.

Poppies at the Tower of London in 2014 ©dneuhaus 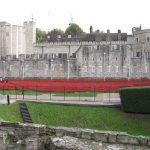 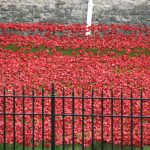 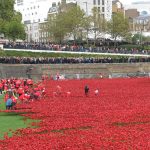 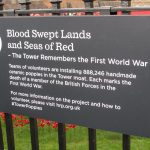 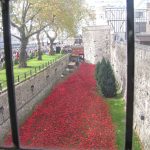 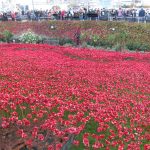 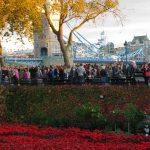