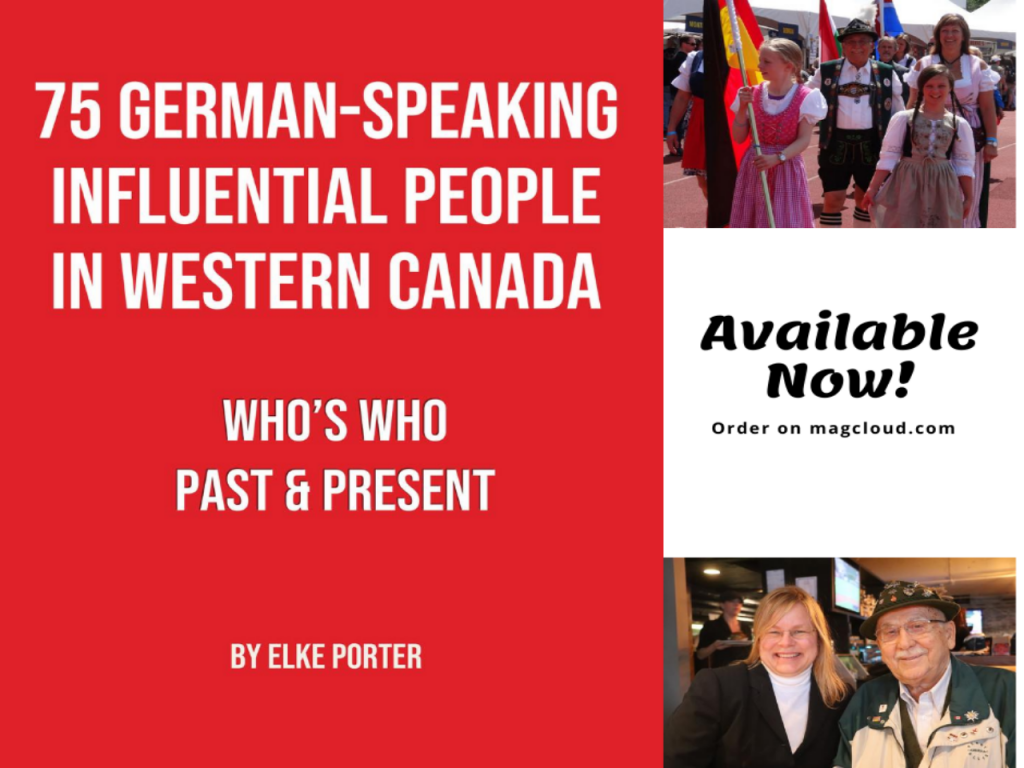 Elke Porter is a German-Canadian who is very active within the German-Canadian Community in Canada. The writer and blogger (to name just a few of her many talents) has just published her book “75 German-Speaking Influential People in Western Canada”. It describes and shares stories of Germans and German speaking people who have contributed to their communities in Canada.

-Your Parents emigrated to Canada in 1956 and 1961 then met and married in Toronto where you were born. What were the reasons for them to emigrate to Canada?

My mother came to Canada as the youngest daughter in a family of 3 girls. Her mother wanted to get away from Germany after a divorce and decided on Toronto, ON.

My father was the typical young man looking for adventure. He was the youngest of 3 boys and his oldest brother was living in Toronto, ON, so it made sense for him to go there. His brother attended an active church with a large youth group that included my mother, so my parents literally met the first day my father set foot in Canada and it took them only 5 years of courtship to marry.

To be continued here….